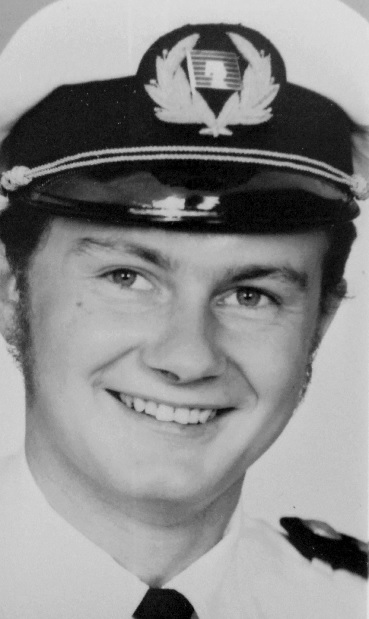 Joined Motor Tanker Dan Broström on midsummer day 1968 i Halul Island, flow with a helicopter from Doha were I had been waitning a couple of days at the hotel Oasis. 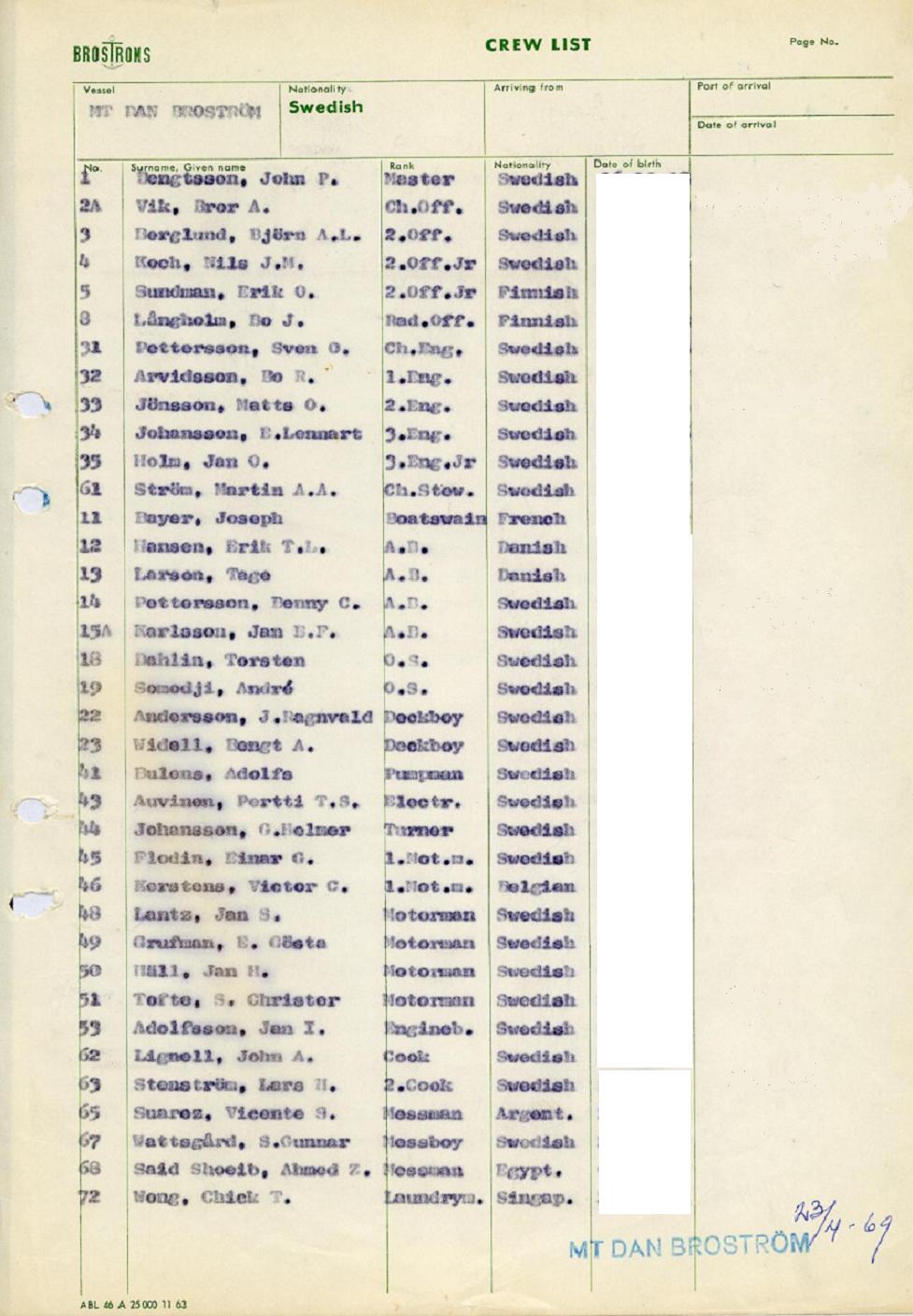 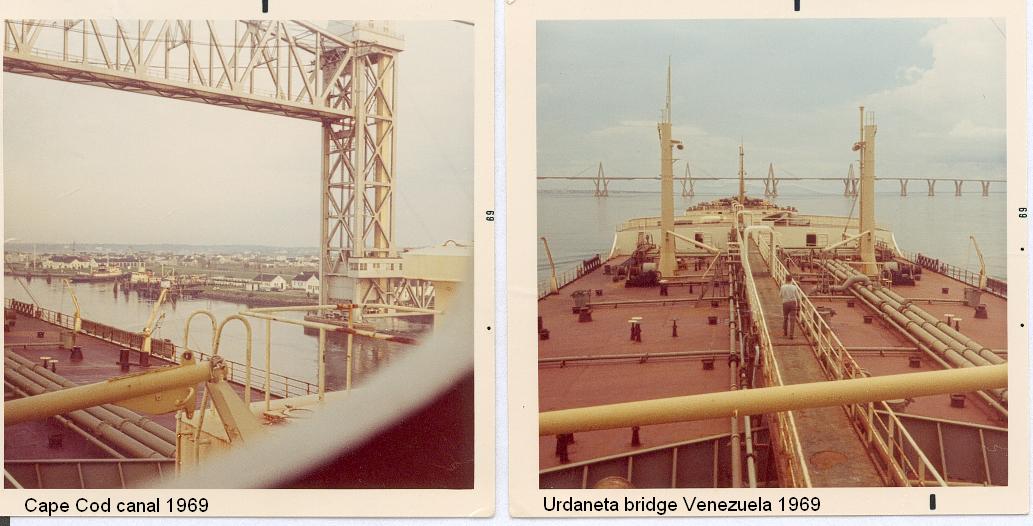 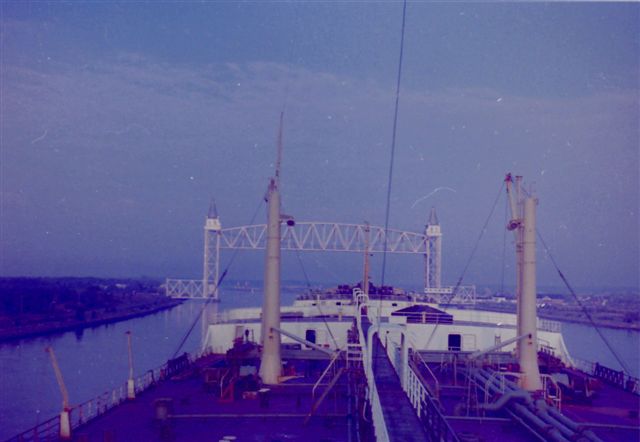 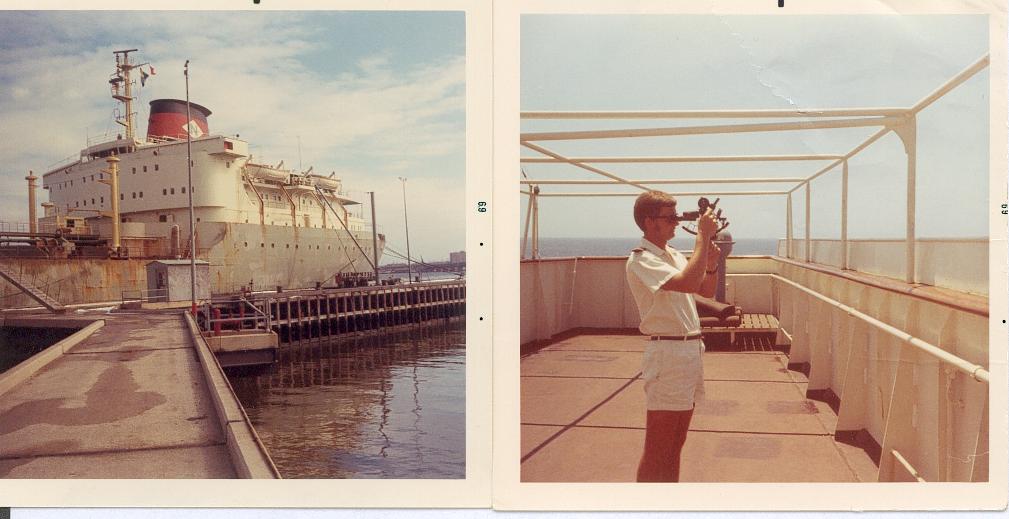 Dressed for Sequrity in Liverpool harbour 1968 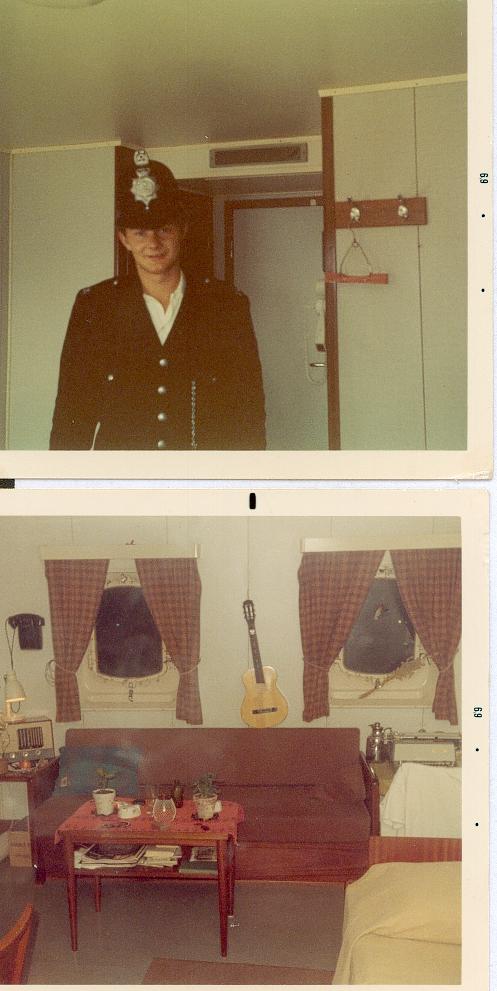 Radio Dan Broström. The Radio Officer had his own radio station for internal radio broadcast. We could rent 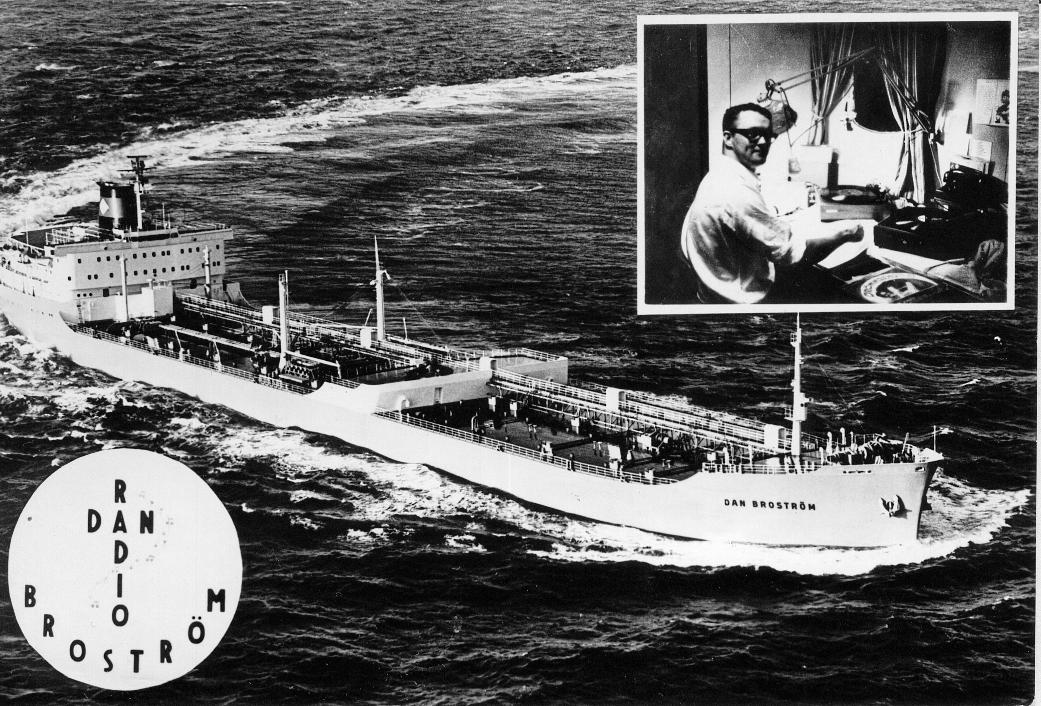 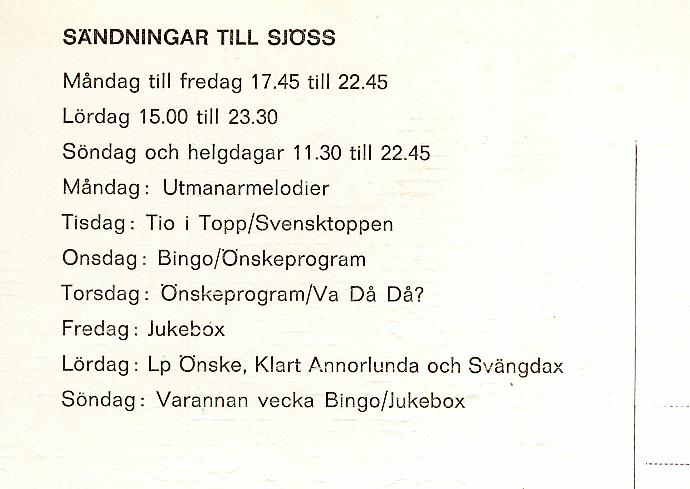 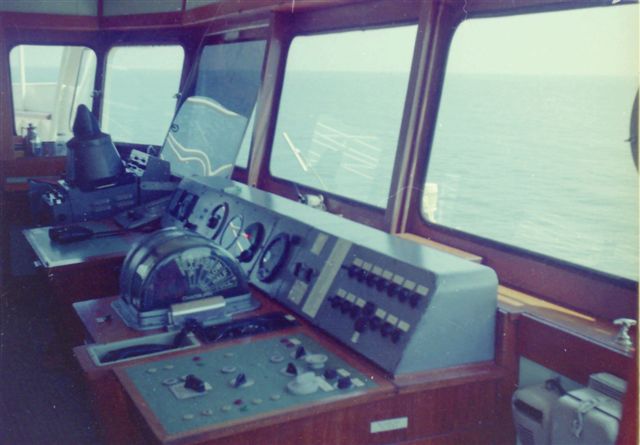 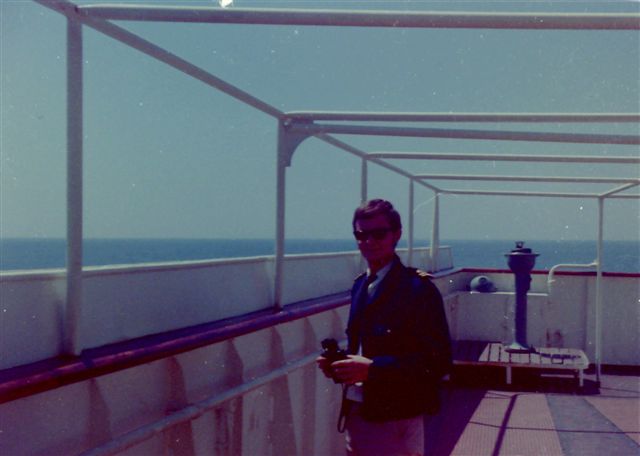 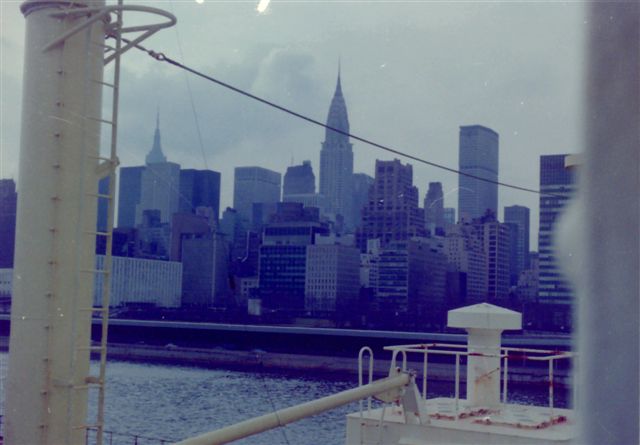 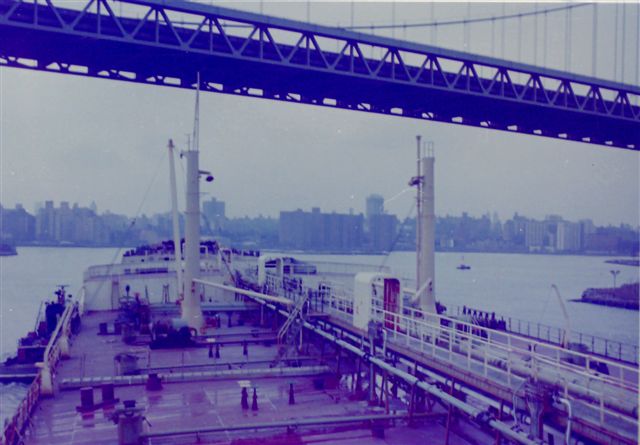 Statue of liberty ahead 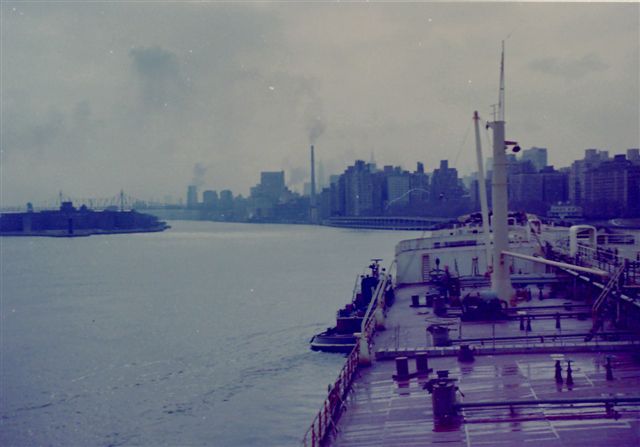 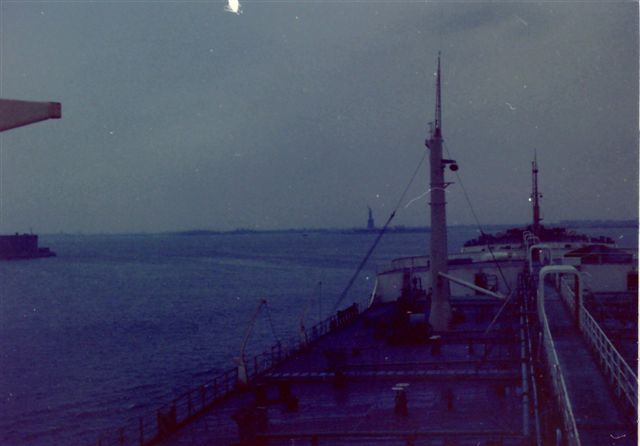 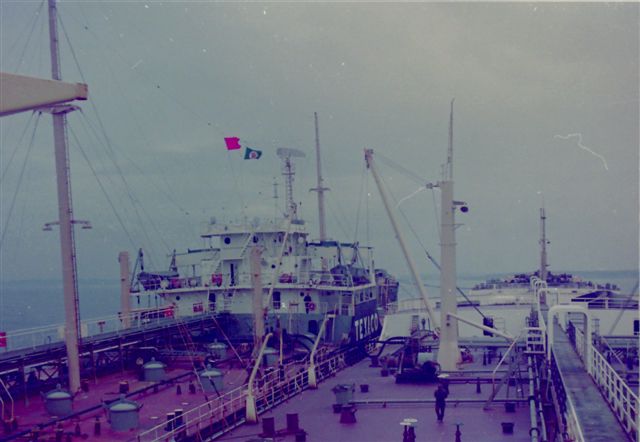 Exercize in the awnings 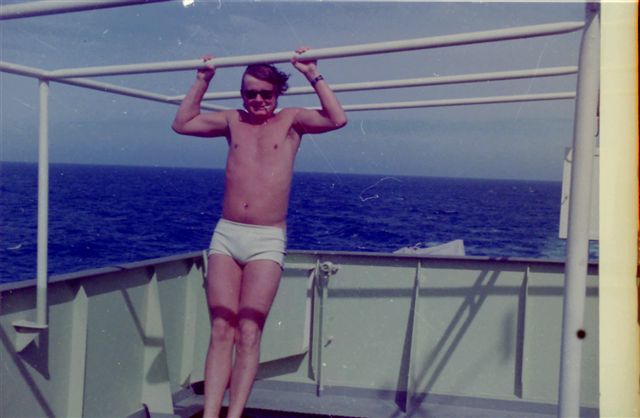 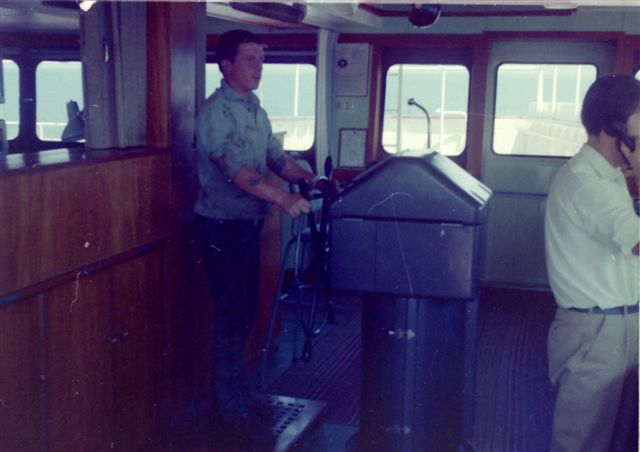 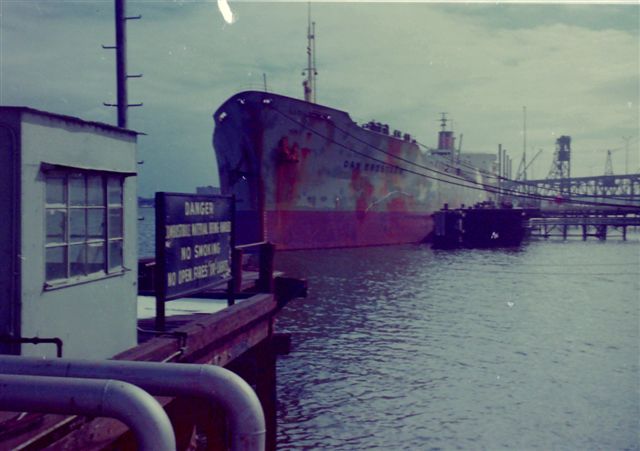 When going astern leaving the berth at New Ark the rudder hit a sand bank , the whole steering gear

was damaged and broke into pieces. It took 3 weeks at Hoboken shipyard to repair the same. 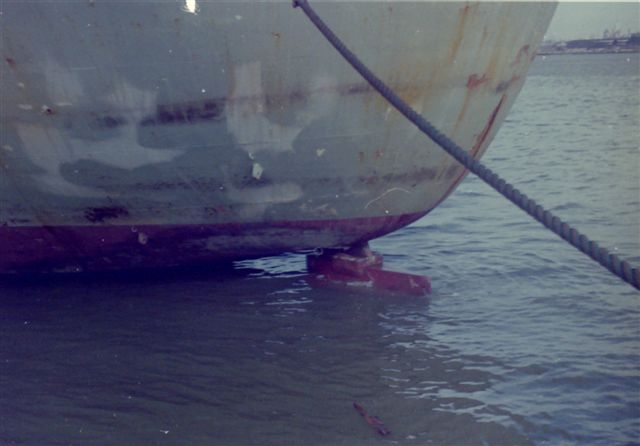 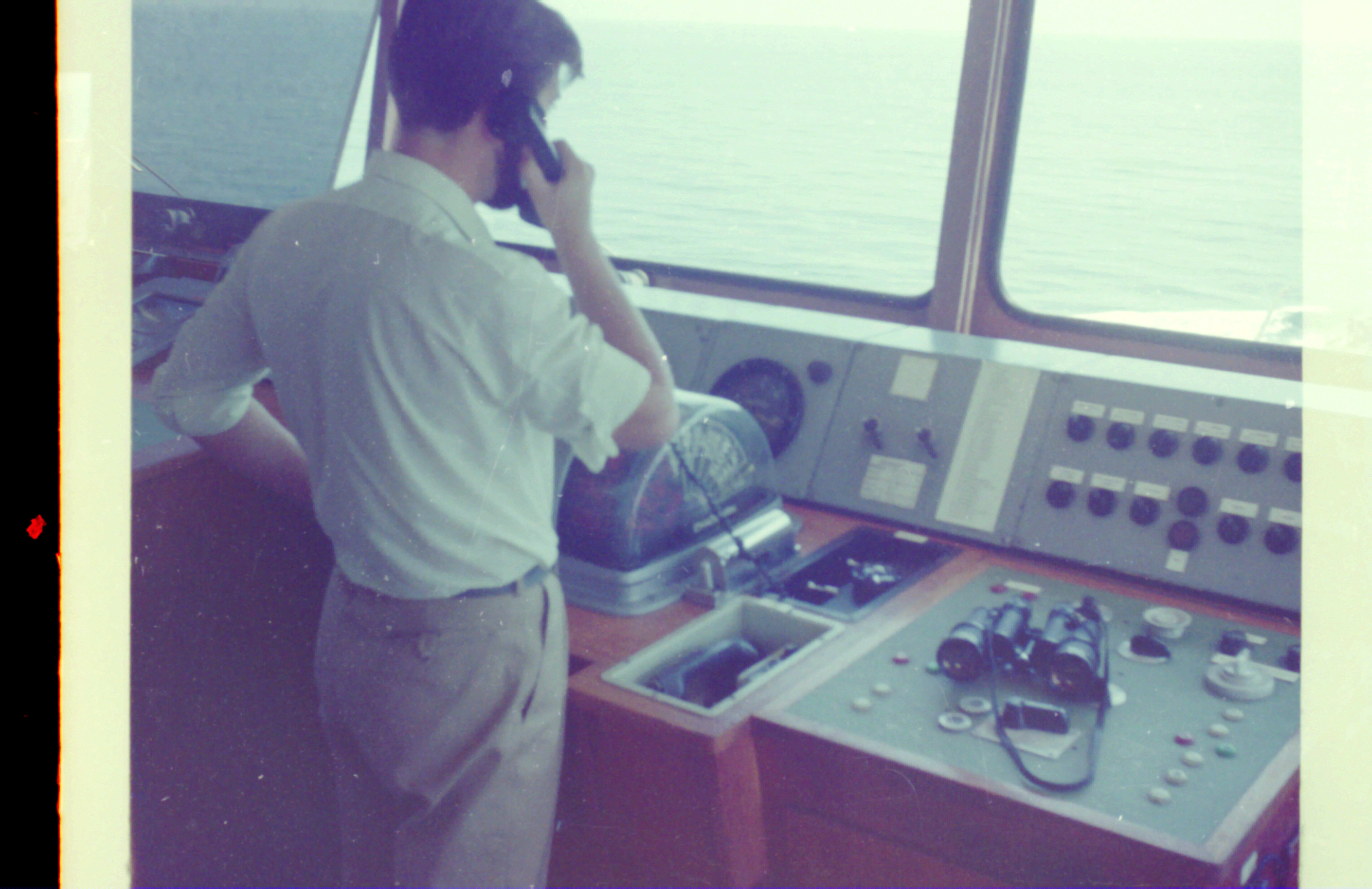 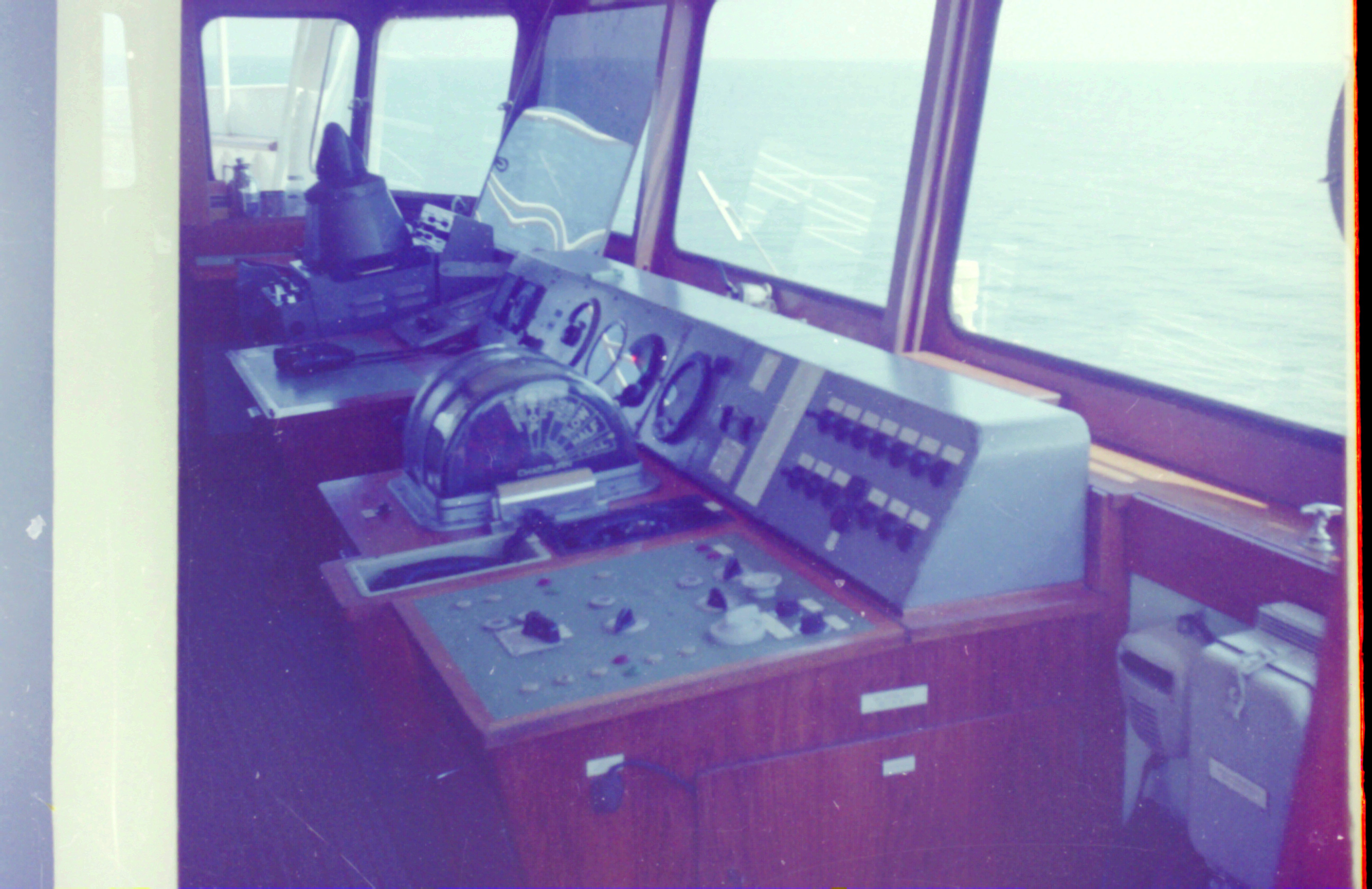 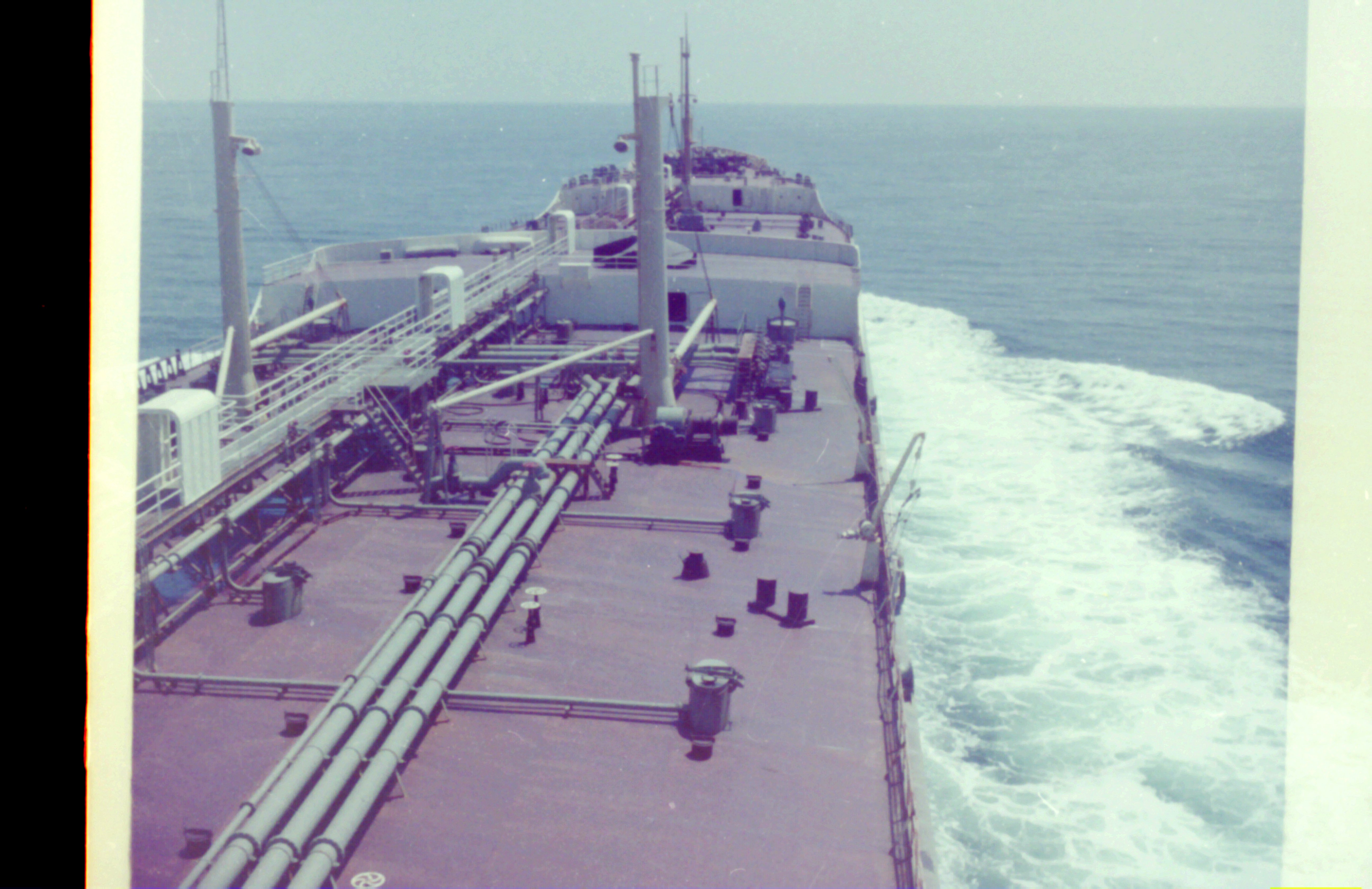 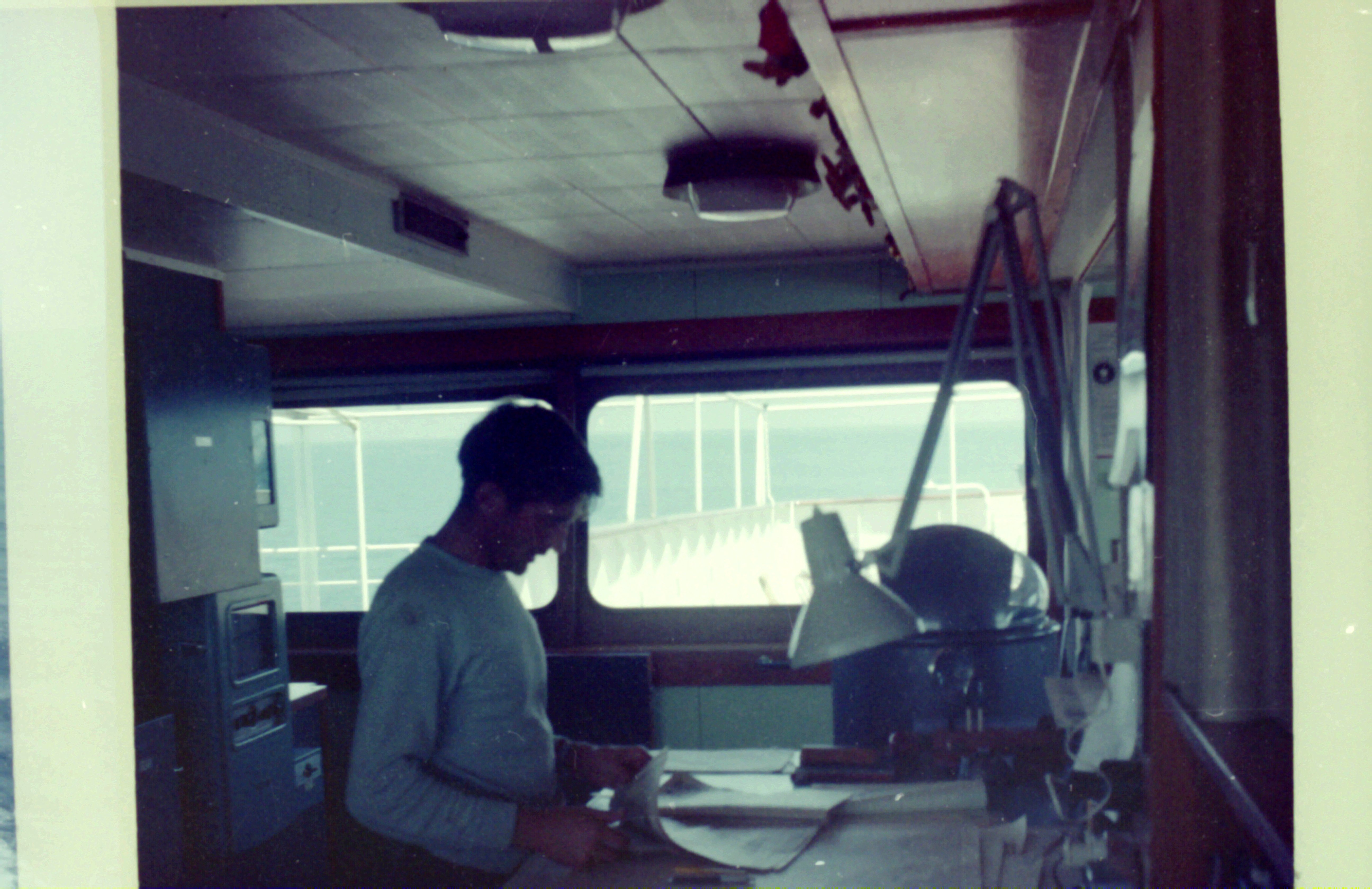 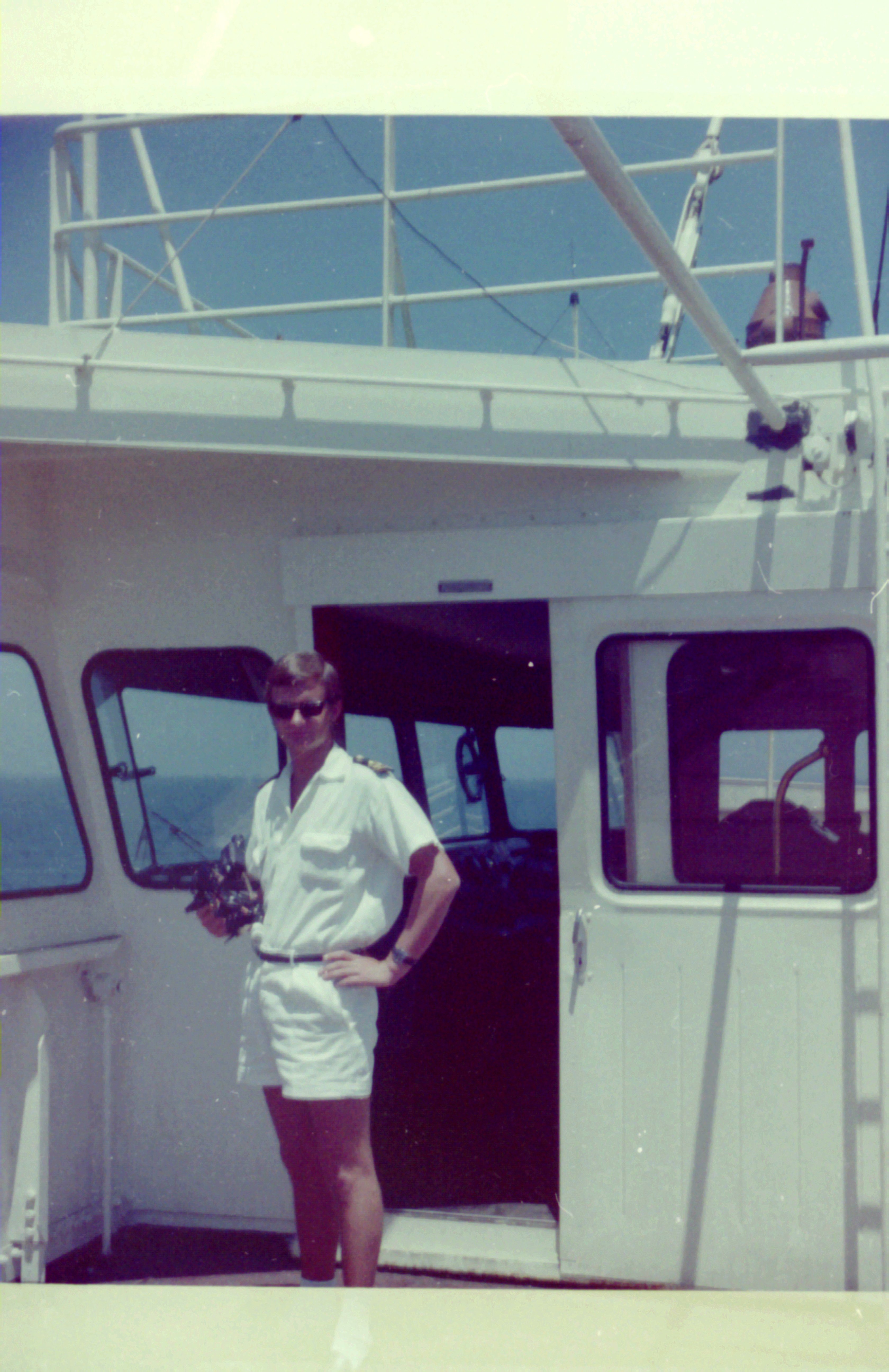